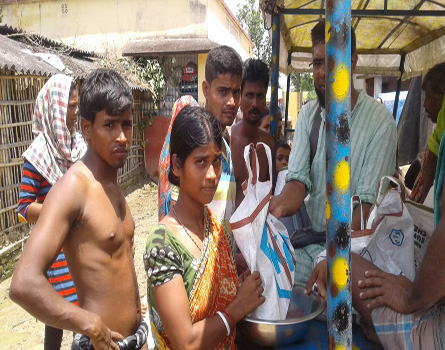 India is a rising nation. Its rise is gradual but eventually it has come to happen. It is one of the developing countries in the world, moving ahead with a great pace. No doubt its development is a reality but sometimes or may be many times this reality seems to be a myth. There are several issues that could justify India’s development to be a myth. However lets deal with one sensitive issue which has not yet been taken care of. Almost 80% of the Indian has agriculture as its main occupation – that plainly justifies the fact that a large portion of the Indian Population resides in the rural sector. Education, in this age is rampant. People from all sectors are increasingly understanding the worth of education. Education has spread its roots even in the farming sector. But is attaining academic qualification enough? Can the attainment of school / college qualification fetch one a secured job. May be it can, but the entire process becomes a bit difficult when the academically qualified job seeker belongs to a village or to a small town.

Here we are not trying to discriminate between an urban and a rural. Our main focus is on the problems a rural could face to find himself a good job despite the fact he has the full knowledge. It is an undeniable fact that a man who has acquired his education in a city or a metropolitan is better equipped to find himself a sound job, compared to a man who had his education in a village which is deprived of the privileges a city could provide. It would not be very shocking if in today’s world an educated rural man would spent almost half his life in search of a good job. Education is in itself a very huge term. It has got several connotations. Academic qualification, now a days is not just enough for a man to call himself a fully educated man. In this age if you want a job you need to professionally educate yourself. Now the task to educate oneself for a professional career is for more easier for a city man than the rural man. And herein lies the function of our very newly founded organization called Amir Saheb Foundation.

Amir Saheb Foundation is an organization aim with one and only one primary aim and, that is, as the very name suggests the social upliftment of the society.